A number of studies have proven that Echinacea helps with the cold and flu, but now we find that Echinacea also helps reduce anxiety according to scientific research.

Echinacea angustifolia is also called the purple coneflower. The roots of Echinacea (E. purpura or E. angustifolia) are typically used to boost immunity. But did you know that Echinacea can also reduce anxiety?

Researchers from Hungary’s Institute of Experimental Medicine in Budapest studied 64 adults who had high levels of anxiety.

Anxiety scores were measured using the Beck Depression Inventory (BDI) and the Perceived Stress Scale (PSS). The test subjects were given either 80 milligrams of Echinacea root extract for seven days, or a placebo.

After only taking Echinacea for seven days, those taking the Echinacea had significantly reduced anxiety scores. Their scores decreased by about 11 points.

“These findings suggest that particular Echinacea preparations have significant beneficial effects on anxiety in humans.”

The researchers suggested that the alkamides in Echinacea may bind to a cannabinoid receptor called CB1.

This can inhibit the activity of a fat enzyme called FAAH (fatty acid amide hydrolase). This, in turn, will decrease anandamide levels in the brain, which has been linked to higher anxiety levels.

Inhibiting the FAAH enzyme has been a target for drug development.

But Echinacea was found in this study to have practically no side effects. (“Adverse effects were rare and mild, and all were observed in the placebo group.”)

Previous research on Echinacea for anxiety

A 2013 study tested healthy humans with Echinacea for one week. But this time, the dose was 40 milligrams per day and the volunteers were tested using the State-Trait Anxiety Inventory (STAI) test. They found that after the seven days, the subjects scored higher on the STAI test.

Researchers from Australia’s University of Melbourne conducted a Cochrane review of herbs for anxiety disorders. They concluded that Echinacea was one of several herbs helpful for anxiety, in addition to:

LEARN HOW TO BOOST IMMUNITY 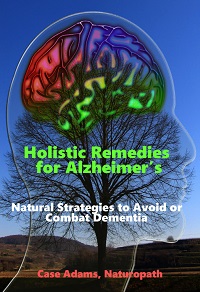 THIS SITE CONTAINS NO THIRD-PARTY ADS

This website contains no third-party ads, no sponsored articles, no irritating pop-ups, and no automatically running videos. Our site is completely funded by purchases of our educational materials – books and webinars. We hope you will consider supporting this website and helping to preserve the knowledge of natural therapeutics for future generations.

This site is Copyright Protected